A Brief History of Translation: Part 2

Modern translation is the product of so much history. So, what does the next part of the translation history timeline look like?

If you haven’t already seen our blog on A Brief History of Translation: Part 1, this would be a great time to take a look! 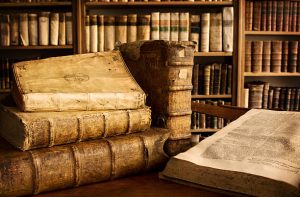 Greek vs Latin vs Arabic

During the Roman empire, poets took texts from Ancient Greek and adapted them in Latin for their audiences. Many sources confirm that Cicero and Horace, among others, used translators to bring Ancient Greek entertainment to Rome.

Ancient Greek texts form the basis of our Western-centric history and make up the foundation of a lot of our knowledge even today. The advanced knowledge and practice of the Ancient Greeks was translated by the Arabic scholars after the Greeks were conquered.  This was also combined with the similarly brilliant science and philosophy in Arabic culture. This meant that these Arabic translations often offered the most advanced position on any given subject as a result.

Later, these Arabic texts would be translated into Latin (and other languages) at the Schola Traductorum in Toledo. They form a fundamental basis for the work of Renaissance academics, the Spanish language and the development of translation as an industry. 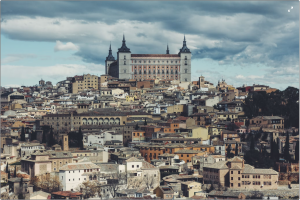 The city of Toledo remains a place to study, although it’s no longer unique other than for it’s history!

What was the Toledo School of Translators?

Toledo school of translators is based in central Spain and was founded during the 12th century. For around the next 200 years, it was a haven for scholars from different backgrounds to come together to translate and share knowledge. It’s actually considered to be Europe’s first translation school and translation centre. It played a central role in distributing scientific and philosophical knowledge across Europe’s cultures and languages.

The lifetime of the Toledo School of Translators is divided into two distinct periods:

In the 12th century, the archbishop focused on Classical Arabic to Latin, pushing a bill of religious and philosophical works. These Latin works were used across Europe, particularly within Scholasticism, the medieval school of philosophy and theology.

In the 13th century, the king encouraged scholars to translate medical and scientific works, on top of the religious and philosophical works to which they were accustomed. The target languages also diversified from exclusively Latin to various languages, most often Castilian, which established the foundations of Spanish today. 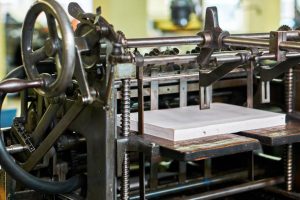 A moment in history: the printing press changes translation forever and it’s impact can still be seen in modern industry

How did the printing press influence translation?

The printing press was invented in the 15th century by Johannes Gutenberg and then introduced to England in 1476 by William Caxton. This had a series of knock-on effects.

This was Geoffrey Chaucer’s prime time. As well as originals, he produced translations and adaptations in Middle English. His popularity meant that there was demand for his work, thus a growing knowledge and use of written Middle English. As such, it became a widespread language of literacy – this was a big deal for a society ruled by French and Latin. 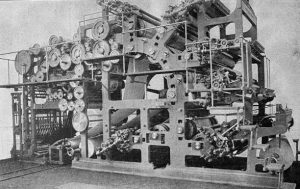 Industrialisation changed the world, and the translation industry wasn’t exempt – it was the herald for modern practice

Translation in the 20th Century

In more recent history, translation was becoming a key tool in globalisation in the 1800s as international travel and business because more standardised and accessible. Translation became an industry.

Come 1900, things were changing in every industry, translation included. The industrial revolution enabled the development and improvement of things like printing and distributing content, which meant that translation could be faster and more formalised.

Until the 1940s, the only way to formally study translation was in a Department of Philology after the disbanding of the Toledo School of Translators. After World War II, translation training centres began to establish themselves. However, it wasn’t until the 1950s, the study of translation entered the public realm. It’s a surprisingly modern faculty.

The modern development of the internet in the latter quarter of the 20th century revolutionised the industry. The speed offered by online dictionaries and internet access not only made the process more efficient, but also created an international network of modern translators who were better informed with more cultural knowledge. 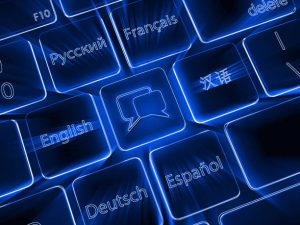 As the international community continues to develop, translators are more internationally educated and culturally aware than ever before, which makes for sensitive and informed translations.

The indisputably most significant factor in the modern translation industry is the involvement of CAT tools and MT – Computer Aided Translation and Machine Translation. The revolutionary ability to use a Translation Memory (TM) to input common or repeated phrases has the capacity to boost productivity and save time in an absolutely unparalleled way. This means that the role of the modern translator has a very different place in the industry today, sparking much discussion and debate about the future of the translation industry.

Where do you think it will go next?

A Brief History of Translation: Part 1